A mole and a freckle share many of the same qualities, with the main one being colour. However, moles and freckles are different in some key ways, with the most significant difference being that a mole will be slightly raised, while freckles can’t be felt if you run your finger over them. Moles also tend to be darker than freckles.

But, there’s more to it. To understand the significant differences between freckles and moles, we have to look into the skin cells that make moles and freckles: melanocytes.

Melanin is a dark substance produced by pigment-producing skin cells, melanocytes. When your skin absorbs ultraviolet (UV) rays, your melanocytes are activated and produce melanin to help protect your other skin cells from UV damage. (You can think of melanocytes as putting up a protective umbrella for the next rainstorm. You got wet this time though.)

The melanin is a physical barrier of colour between your upper skin cells and those beneath. This pigment absorbs future UV rays, ensuring they don’t damage your other cells. Skin cells under the top layer have no protection otherwise.

Melanocytes are found all over your body but are restricted to the underneath side of the epidermis – the bottom section of the top layer of skin cells. Melanocytes are capable of producing a freckle or mole pretty much anywhere. 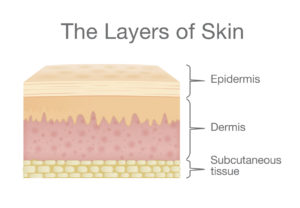 What is a freckle?

A freckle is made up of melanocytes that have produced pigment in response to UV rays. Freckles tend to be lighter in colour than moles, but this isn’t always true: freckles can be very dark, almost black. Freckles tend to be found in the superficial layers of skin cells compared with moles.

Freckles can suddenly appear, but you’re most likely to notice freckles appearing in winter when the skin is pale, and they stand out more. Every winter, you’ll probably notice more freckles around your body if you’ve been out in the sun the previous summer.

Freckles may fade and disappear over time.

Freckles are not dangerous and do not require treatment. But some people don’t like their freckles. If that’s the case, we have strategies to remove the layer of skin that freckles reside in. We can lighten or remove freckles, depending on where they are and how many you have.

Speak to us at ENRICH Clinic – we have treatments to reduce pigmentation spots like freckles.

What is a mole?

Moles are small brown (or tan, black, red, blue or pink) spots on the skin which range in size and their protrusion off the skin. Moles develop when melanocytes (skin cells) grow in clumps or clusters, on top of each other, and as such, they can have a wrinkly top or be flat, and vary quite a lot in colour. A mole may have a hair growing out of it.

Moles originate deeper in skin layers and tend to appear when we’re younger, rather than with advancing age. It’s estimated that each of us will have 10-40 moles by the time we hit adulthood. Some moles can develop when we’re in the womb, meaning we can be born with moles.

Moles can go away sometimes, but usually, they’re with you for the long haul.

Generally, moles are perfectly safe and do not require any treatment. Some moles may be removed for aesthetic or practical reasons, or prophylactically to avoid melanoma issues in future. Mole removal techniques will depend on the size and location of the mole, and whether it will be sent for a biopsy.

Moles need to be checked regularly by a qualified person to look for changes. Moles can turn into melanomas (dangerous skin cancers), so early diagnosis and treatment are essential. This means getting regular mole checks. 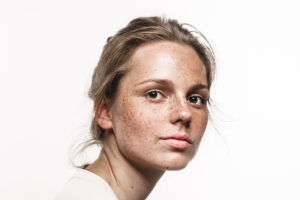 If you notice a mole changing in any way – shape, colour, size, becoming itchy, sore or bleeding – see a doctor immediately.

What’s the difference between a freckle and a mole?

What’s alike between a freckle and a mole?

What is a skin tag then?

A skin tag is a small benign piece of skin that hangs by a stalk. Skin tags can look like moles but tend to be more skin-coloured than pigmented. The stalk gives them away as being a skin tag, but skin tags range in size and may appear quite mole-like.

Skin tags are often found in areas that make regular rubbing skin contact  (armpits, groin, neck, etc.) and become more numerous as we age. Skin tags are not at risk of developing cancers, unlike moles.

Not unless you are unhappy with the appearance of a skin tag or if they are bothering you in a practical sense, for example rubbing on clothes or jewellery. Skin tags can be quickly removed in the doctor’s office or dermatology clinic using a few different methods, from a simple snip off, to burning, freezing or lasering.

Lentigines are areas of pigmentation on the skin that we might call an age spot or a sunspot. These are similar to freckles but tend to be well defined; more like a splotch than a freckle. They are also larger than freckles.

Lentigines appear most in areas that are in contact with UV rays, such as the back of hands, face, and chest. A lentigo may appear after radiation therapy and are more common as we age.

No, but like most of these other pigmented spots, we can remove it if you don’t like the look of it. Skin resurfacing and specialized lasers that address pigmentation are the best way to make these spots disappear. Speak to us – we can help.

What are seborrheic keratoses?

Seborrheic keratosis is a black or brown growth often found on the chest, back and head. These growths develop from keratinocytes and can look like warts. Seborrheic keratoses tend to develop as we age; however, they are harmless, not contagious, and are not typically associated with skin cancer.

No, but you may not like their appearance. In that case, we have a few very simple, effective strategies for removing seborrheic keratoses in our clinic.

We can safely and effectively remove your spots!
Contact us for an appointment