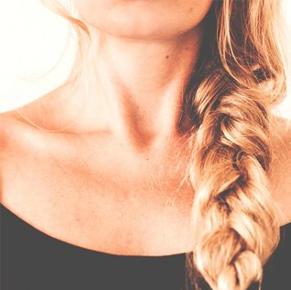 A mole is a benign collection of pigment cells – melanocytes – which produce melanin. This makes a mole brown or black, and how many cells it has determines how big a mole is and what shape and size it ends up.

Moles can be flat, bumpy, pink, fleshy, many shades, and while mostly round, moles can be irregularly shaped. Moles can be large or small, sometimes many centimetres in diameter. Moles can change during pregnancy.

Moles can be present at birth or develop during our lives. Fair-skinned people have more moles than darker-skinned people, with moles developing during childhood the ones that tend to stand out and stay present throughout our lives.

A fair-skinned person typically has between 20 and 50 moles across their body. We’re not sure why moles develop, but it is likely a combination of genetics and UV exposure. People from Australia and New Zealand have more moles than Europeans, likely due to our altered ozone and greater UV exposure.

Moles can become cancerous, with the most severe skin cancer being melanoma. The more moles you have, the higher the risk of skin cancer, though a research project found that people with melanomas that had fewer than 50 moles tended to have more aggressive forms of skin cancer.

Treatment and removal of moles
Most moles can live happily ever after on your skin without causing problems. Some moles may be removed for aesthetic or comfort reasons, or if they are deemed a melanoma risk. Moles can be cut off completely, destroyed using heat, or lasers can reduce pigmentation to lessen the appearance of a mole.

If you have moles or other pigmentation spots you want a second opinion on, we can help – we are a specialist dermatology clinic with doctors with a special interest in melanoma and moles.