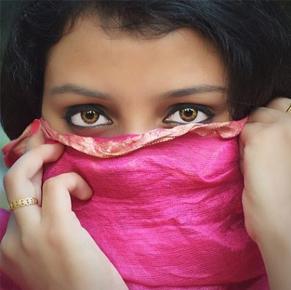 We take a look at your acne scar treatment options.

Precise categorisation of acne scars is still under some debate in the dermatological community, but there are three main types: icepick (more deep than wide), boxcar (wider than deep with distinct edges), and rolling scars (if stretched, become smooth).

Rolling atrophic acne scars are the most common and are likely caused by a process of inflammation that occurs inside acne that degrades collagen fibres and fat in the skin. This creates the classic depression found in acne scarring.

Acne scars may be a combination of types and contain textural irregularities, pigmentation, raised parts, redness, borders or other irregularities. The characteristics of a scar determine the way it’s treated, but we also consider the patient’s age, skin type, and the type and nature of the scars.

Laser resurfacing as an acne scar treatment is the most commonly performed intervention for acne scarring, but resurfacing can include chemical peels and ablative resurfacing too. The point is to blend the scar in with surrounding skin, essentially flattening it out. Dermabrasion can be useful when treating rolling and superficial boxcar acne scars, but dermabrasion takes a great deal of skill, so has been largely overtaken by energy based resurfacing techniques.

Energy devices for acne scar treatment may include the CO2 laser and the erbium YAG lasers. Treatment with lasers aims to remove the scar edges, then treat and tighten skin. Laser skin resurfacing might include ablative or nonablative techniques. Fractional resurfacing can be a great adjunct to traditional ablative resurfacing in a less invasive fashion, however acne flare-ups may occur during healing after fractional laser acne scar treatments.

Pulsed dye lasers can flatten and reduce the volume of lumpy scars, and can improve skin texture and reduce redness. Multiple treatments are always necessary for best results.

Subcision is an acne scar treatment technique that uses a special, closed (not hollow) needle that releases fibrotic scar bands, effectively releasing the tight bands that hold the tissue taut inside an acne scar. This allows new collagen to be produced underneath the scar, lifting and smoothing the skin. This is a useful technique for rolling scars.

Micro subcision is the same idea, but uses a standard needle used to release scars, creating a space which can be filled with filler to raise the scar bed.

Some scars respond very well to being literally cut out, since the scar from the cut is new, fresh, and easily completely healed, compared with the older acne scar, which is set in its place. There are several types of excision.

Icepick scars (deeper than wide) may respond well to certain chemical peels as a reconstruction effort.

Fat transplantation can be suitable for acne scars where there has been a loss of fat.

Treat your acne scars at our Melbourne clinic.
Contact us